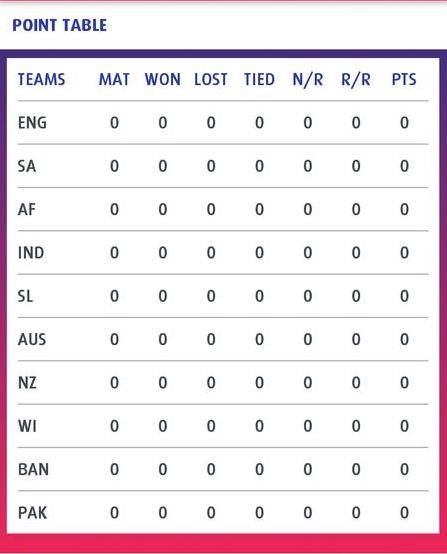 Since last some days, the arguments are going over, put head to head ahead of net run rate (NRR). The priority is already decided before starting of the tournament, the priority is as below,
Higher points
Higher winning matches
NRR
Head to Head
higher seeding before the tournament.

If team1 had 4 big victory and one marginal defeat, and the team2 had for 4 marginal victory and one big defeat, so it shows the team 2 is almost same as other four team, in front of whom team 2 had marginal victory, but the big defeat shows that the team 2 couldn’t save itself, on the other hand team 1 showed the difference between it and other 4 teams, in front of whom the team 1 had big victories, the marginal defeat shows either the other team is almost equal to team 1 or a bad day for team 1 or the good day for opponent, but in any case team 1 could save itself in any of these kind of circumstances.

If the NRR is also same for the team, which has possibility of near to zero, then the head to head could hep to distinguish the better team between them, which shows that which team could play better between the teams.

The argument is going that head to head should come before NRR. Head to head shows the better team between only those two teams, but the big tournament like world cup is asking better performance against all the world cup playing teams. due to some injury, weather condition, pitch condition, selection or some other factors, any team might have a bad day, but that team may give better performance against the other teams, then the team deserves to go further. To test the pressure handling, the better teams need to face the knockout rounds, anyhow. So, put head to head before NRR doesn’t look to help to find out the better team.

NRR is also provide how the team perform against other team. So wickets aren’t counted due to that, the batting average or bowling average of the team doesn’t included, but includes the economy rate, which shows the team performance. For example if team 1 won the match with 8 wicket in last over, which shows their batsmen are definitely good batsmen for test cricket, but couldn’t modify their batting according to one day international (ODI), on the other hand if team 2 won the match with 4 wickets in 30th over, that means the team is performing the ODI in better way.

ICC started the tournament, named ICC knockout trophy and then converted ICC Champions Trophy, initially it tested the team’s head to head performance, as in first two tournament, teams played just pre quarter-final, quarter-final, semi-final and final matches, and then in next two tournaments, ICC put the league round and then knockout rounds for purpose to include the associate countries, but it seems again almost the head to head matches for top eight teams. But those tournaments were different than world cup. Knockout tournaments and initial champions trophy were the tournament, which tests the teams pressure handling ability, but the world cup asks teams not only the pressure handling ability but also the performance against all the teams.

So, for deciding the champion of the world, NRR is one of the effective factor, and the priority of it should be ahead of head to head between teams.