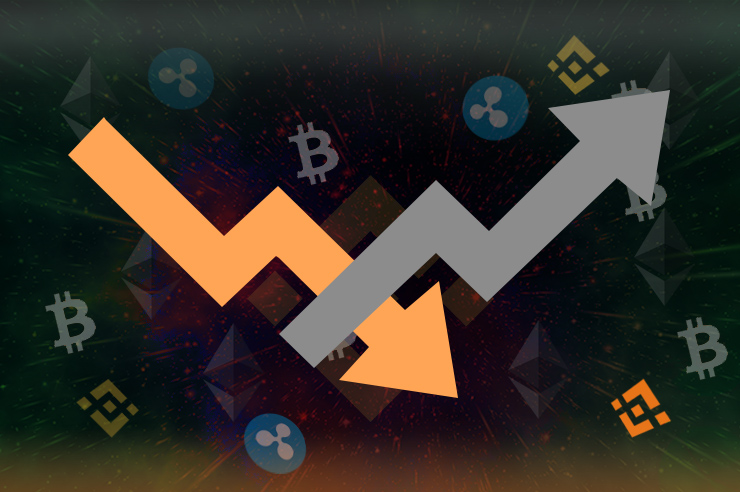 Top Crypto Gainers and Losers of 2019

Many crypto enthusiasts referred to the year 2018 as the ‘crypto winter’. If you are a fan of the popular TV series ‘Game of Thrones’, you would know the reason behind that reference. Most cryptocurrencies followed a bearish trajectory after prices kept falling throughout the year. However, the past three quarters of 2019 have most cryptocurrencies gaining ground, with a few exceptions. So here we are with the top crypto gainers and losers of 2019.

Naturally, the gainers’ list is dominated by the newly launched coins. Other prominent coins like Bitcoin, Bitcoin Cash, Ripple, and Stellar have generated high revenues but their gains are low in terms of the overall percentage. Had they not demonstrated significant gains, it would have been challenging to separate them amongst top crypto gainers and losers.

Some of the biggest losers of 2019 in the first three quarters include both known and relatively unknown digital assets. The Counterparty (XCP), which was down by 77% was the most notable loser. Apart from Counterparty, others like Dentacoin, Salt, Substratum, Namecoin, and Quarkchain were other prominent losers and recorded losses of 70%, 54%, 50%, 49%, and 47% respectively.

Cryptocurrencies had taken the market by storm with people becoming completely surprised by the investment opportunities that cryptocurrencies offered. Suddenly, the investment market had been taken over by decentralized digital assets that were outside the authority domain of governmental bodies. Naturally, there was much clamor and hysteria for digital currencies throughout the year, especially during the latter half of the year. The industry was filled with cryptocurrency news and the market experts predicted a major turnaround in the financial sector.

However, come 2018 and prices of almost every cryptocurrency began to crash. The most visible amongst these was the impact on Bitcoin, the most popular cryptocurrency. From trading at over $13,000 in December 2017, Bitcoin came crashing down to $6,926 in March 2018. It hit further lows of $6,387 in June 2018. Throughout 2018, the slowdown in Bitcoin lasted and it kept trading in the range of $6,000. In January 2019, it hit an all-time low of $3,441 in January 2019. But just when it looked like the steam had run out of the coin much of the crypto market, the crypto industry showed signs of revival.

Regardless of the conditions, the market will always have top crypto gainers and losers. Despite 2018 being a bad year for cryptocurrencies in general, most digital assets have shown substantial recovery. In the coming months, cryptocurrencies prices are expected to show fluctuations as more people begin to adopt them for transactions.

Sujit is a Crypto enthusiast and a blogger by passion. He Works for a Crypto news Company Cryptoknowmics. Cryptoknowmics is one of the best companies in this industry because they have the passion to provide users with the relevant crypto, bitcoin, and altcoin news today. You can follow him on LinkedIn and Twitter too.