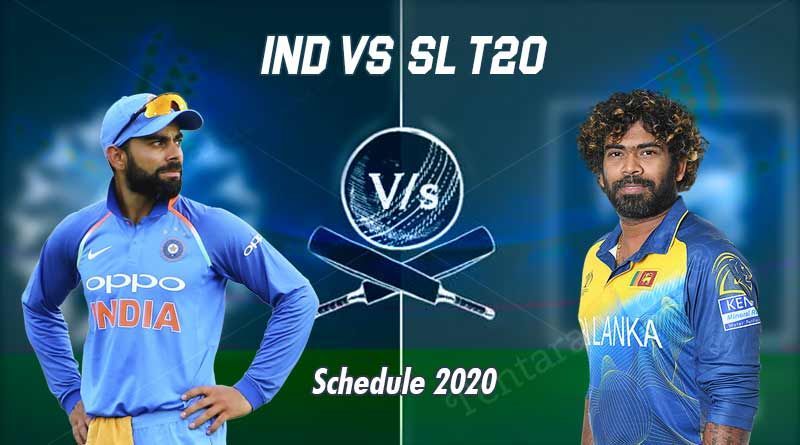 Indian and Sri Lankan teams are going to play match at Holkar cricket stadium, Indore. Both the teams want to win the match, as first match was washed out due to rain and wet field, so the team, which will win the coming match, will get upper hand, and the other team will be under pressure in the third T20I for drawing the series.

Moreover, the point table will also be impacted due to not getting any result in first match, as Indian team needs to win both the match, otherwise the team will lose the points, even the series will get the result as drew with 1-1, on the other hand, Sri Lankan team will raise its point, except losing series by two-nil.

Weather looks pretty clear with party cloudy, but as of now, it will not become hurdle in playing match. But due to the temperature, which might be little cold, and humidity, which might be very high, there might be more chance to coming dew, in this situation, Teams prefer to have bowl first after winning the toss.

Indore is considered batting paradise, though, the ground witnessed only one T20I, and interestingly, it was between the same opponent, Ind and Sri Lanka, but the audience, in that match, saw a fastest T20I century by RG Sharma in that match, and the host put their highest t20I score. The ground also witnessed third highest individual score (219) by Virendra Sehwag, though it was in ODI. India played 6 limited over matches, 5 ODIs and 1 T20I, and the record is at its best, as the home team never lost a single match on the ground.

India: The home team would go with the same eleven except include both wrist spinners, as in the previous match they took 7 wickets, though gave more than 100 runs as well, on batting track.

Sri Lanka: The visitors also would like to go with same eleven except include their chinaman in place of one pacer, as they have two other pacers, including D. Shanaka.