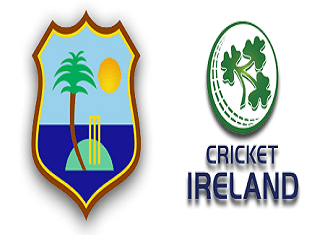 Same as last T20I series between Ireland and West Indies, this time, as well, visitors hold lead of 1-0, but the only difference in the current series is, it has 3 T20I, unlike the last series, which was conducted with only 2 matches.

Though, the visiting team won the first encounter with extremely close win, but the victory could boost the team’s confidence as well the points, and the series win will bring visitors’ position a rank ahead, and nothing to lose for them in case of facing the series defeat. Same for the home side regarding the position, but, the host will lose the point, in case of even a single defeat in the series from now.

Basseterre’s weather forecast suggests the weather will be pretty clear during the match time. Teams prefer to chose bat after winning the toss, usually, but, still the decision would be taken after inspecting the pitch only.

After the first T20I of the series, the teams come on the same position, as two victories from each side and one called off without any result between them.

There will be first encounter between the teams on the venue, and first visit for the visitors, but the host played plenty of matches, in which, they won 5 and lost 2, but, both defeats were not only the recent, but also extremely heavy.

Though, the home team received a defeat in the first match, but the match was very close, the team would like to go with the same XI.

The visitors would prefer to go with the same XI as well.