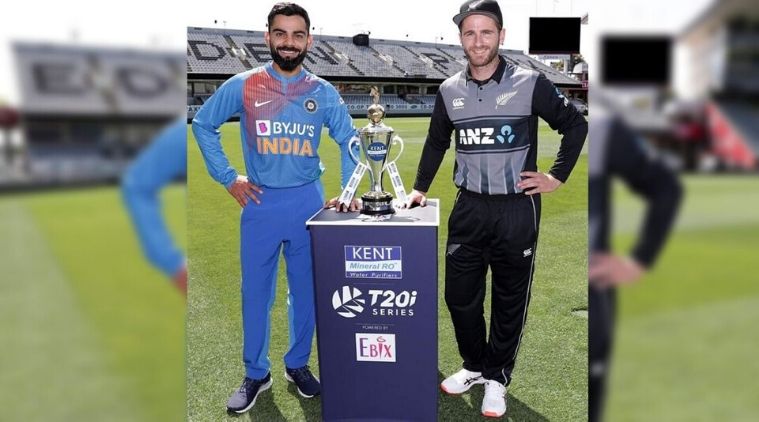 India and New Zealand teams are going to play their second match of the T20I series of 5 matches at same ground, Eden Park, Auckland, in the series, visiting team is leading the series with 1-0.

This is going to be the fifth series between the teams, but first one, which contains more than 3 T20s. First two series contained two matches and other two were 3 matched series.

Indian and New Zealand teams hold the ranking 4th and 5th respectively in the point table, and the point difference is 10 points between them. The teams will try to increase the points through win and might get higher position, as well.

Weather looks pretty clear, as well the temperature would be pretty normal,  and precipitation percentage would be very less as of now. Teams preferred to field first on the run-fest pitch after winning the toss, 12 times out of 20. Team, who won the toss, won match only 6 times and lost 11 times. Teams, with the bat first, won the match 8 times and 9 times for the field first.

After the first encounter, India is undefeated on the ground in two T20I matches.

The home team has poor record with played 20 match at the venue, pretty good experience of the pitch, but won only 6, with three tied match and 11 defeats.

New Zealand: The home team might go with the same XI.

India: The visitors also would like to go with unchanged team.