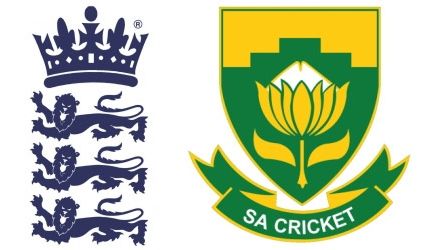 The second T20I of the T20 series of 3 T20I is going to be played at the SuperSport Park, Centurion.

Both the teams faced each other 18 times, in which South Africa won 9 matches, whereas, England won 7 matches, out of remaining two, one was called off without any result and one was abandoned.

In South Africa, both the teams met in T20I 7 times, and the visitors won last encounter, which was just second one, whereas, the host won 5.

In the point table, both the teams came at the same situation, in which, they were at the beginning of the series.

Weather forecast of the Centurion shows the weather would be pretty clear throughout the match. Due to expected extremely low, nearly zero, precipitation percentage, the chances of rain would be almost nil. The wind and The temperature would be pretty normal.

Particularly, for South Africa, the team won the toss just thrice in 9 opportunities, and won twice and lost one, a year back, against the top ranked team in T20I.

The first batting team won the matches 7 times, and twice for, the team, who batted second. But still, since last 4 matches, teams never chose bat first after winning the toss. Moreover, when teams won the matches after choosing the fielding, by 6 wickets in both the encounters, coincidently.

The lowest defended total was 156 (in completed innings), and the highest successful chase was 189 runs.

The teams met just once on the ground, in which, the visitors faced defeat, and the host put the highest target on the ground, and second highest at that time in T20I history.

The home side has average record, as the team won 5 matches and lost 4.

The host would include D. Steyn to go with strong pace bowling attack.

The visitors might go with unchanged, as the team would not disturb the winning XI.