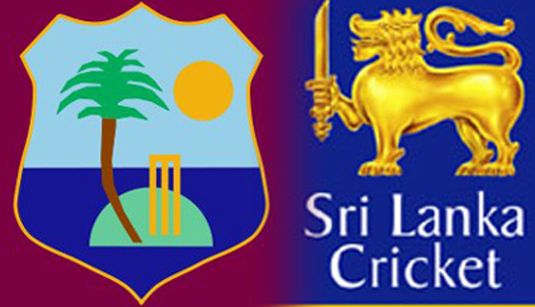 First meeting of the series of two T20I matches between Sri Lanka and West Indies is going to be played at the PICS, Kandy.

The maiden t20I series between the teams were played on Sri Lankan soil, which concluded as draw.

When West Indies visited Sri Lanka, the teams played 4 matches, and the visitors won twice, and same for the host.

The contest is between the eighth rank team and tenth rank. Both the teams have chance to improve their rank through two-nil. If host want to increase the point, the team has to win the series without any defeat. On the other hand, a single win can help the visitor to gain the points.

Weather forecast of the Kandy shows the weather would be partly cloudy throughout the match in Kandy. But, Rain would not be expected, as the precipitation percentage would be very low. The temperature would be in 20s, and wind would be almost nil.

Particularly, for Sri Lanka, the team won the toss 8 times out of 14 times, but the team won only thrice and lost 4 times.

Moreover, the host never lost a match against visitors, but also never won the toss as well.

The lowest defended total was 125, and the highest successful chase was 178 runs on the venue.

Batting average of the first inning at the ground is 29.06 and 23.24 for the second inning.

Both the teams faced each other on the venue just twice, and the visitors never won and faced the defeat in both meetings. The visiting team got a chance to play couple more matches with other opponents. In which, the team won once, the other one was tied, but still, the team was able to manage to win by one over eliminator.

The home side has pretty good record at the venue, and won 8 matches out of 15 encounters and lost just 4 matches, with one tie, one without any result and one abandoned without toss.

The host would prefer to have fast bowler and spinner combination on the pitch.

The visitors would also prefer to have pace-spin combination.