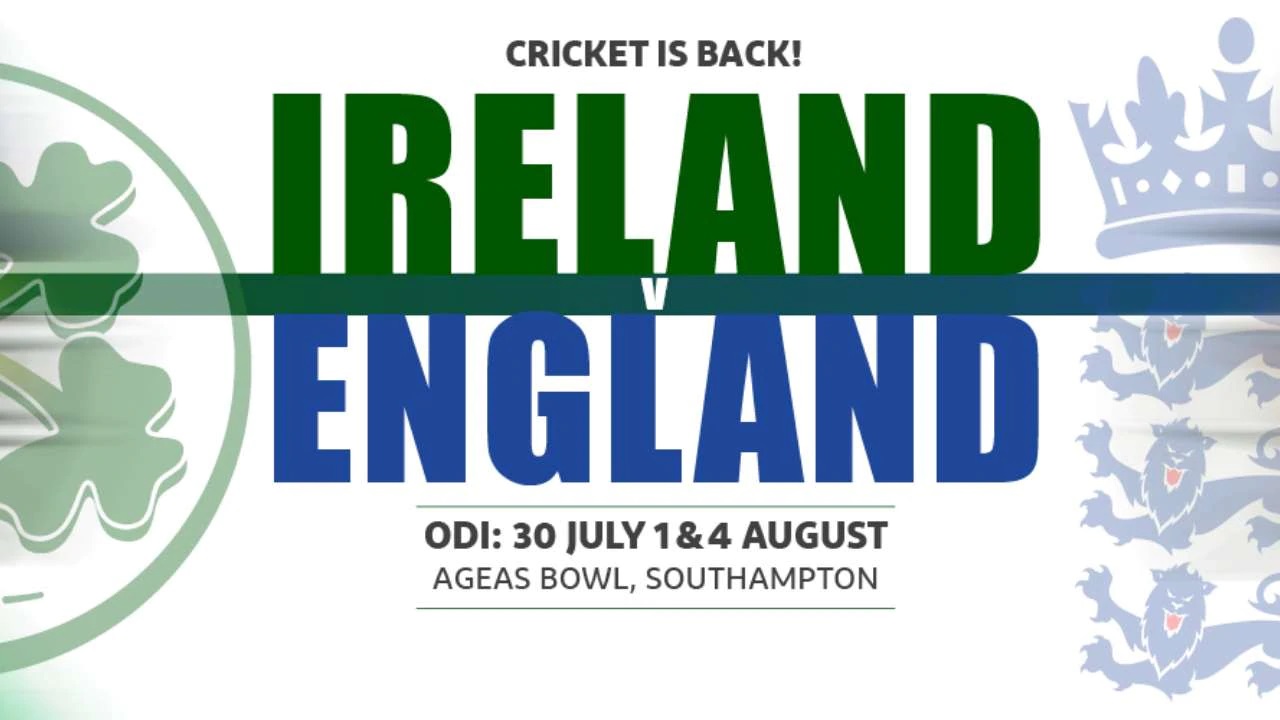 Third and last ODI of the series of three ODI matches between England and Ireland is going to be played at the Rose Bowl, Southampton on August 4th 2020, the same venue of the previous encounter.

The teams completed 12 meetings in long limited over format. The host won 10 times, whereas the opponent won just once with one without any result.

On the soil of England, the teams faced each other just four times, only. out of them, the English team receives neither any lost nor any completion with any result, but victory.

Weather forecast of Southampton shows the weather would be pretty sunny most of the time of the match. Rain would not be expected, as the precipitation percentage would be almost zero. The temperature would be normal and around twenty. The wind would be around 20km/h.

Overall, 12 times the teams won the toss, won the matches and lost 16 times.

Particularly, for England, the team won the toss 7 times out of 20 times, and the teams won 5 times and lost just twice.

Both the teams faced each other just twice, recently,  at the venue. In which, Host received victory and the visitors needed to wait for their first victory at the venue.

The home side has a pretty good record at the venue, and won 13 matches out of 20 encounters and lost only 7 times.

The home side prefers to give chances to those players, who rested in previous encounters. D. Willey might get rest as well A. Rashid.

The visitors would like to go with a couple of changes. Team may include W. Porterfield for making the batting line-up stronger in place of S. Singh. If B. McCarthy will be fit then, he might include in the eleven. B. Rankin may also get a chance in place of C. Young