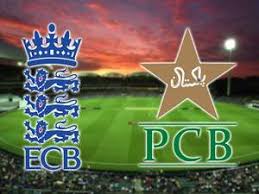 England and Pakistan are going to be play the first Test of the series of three Test matches at the Old Trafford, Manchester starting from August 5th 2020. One rule is added to the series, in which the TV umpire will call front foot no ball, first time test cricket history.

This is going to be the twenty sixth bilateral series between the teams. England won the series 9 times, whereas Pakistan won the series 8 times, just one time less than the host’s series victory. And 8 times the series were drawn. The English team has a chance to win the first series after 10 years, last time the team won the series in 2010.

When touring England by the Pakistan team, then, the host has the upper hand. Out of 15 Test series, the home side won seven times and the visitors won just thrice only, the remaining five were resulted in draws. Last time the host received a series defeat by the opponent was in 1996. After that, the series was played five times, in which three series resulted in a draw and two were in favor of the host. The visitors have a chance to win the series after 24 years.

The teams completed 83 meetings in the longest cricket format. Out of them, the host won 25 times and lost 21 times, with 37 matches without any result. In the last 19 encounters between the team, there was just one draw.

On the soil of England, the teams faced each other 53 times. Out of them, the English team won 23 times, and the Pakistan team won 12 times with 18 draw games. First test in the 2006 test series in England was the last time, when none of the team received victory in English venue.

The series is the comparison between the forth rank team (England) and Seventh rank team (Pakistan) team. The host is way ahead (19 points) of visitors.

On the other hand, the visitors are in a very good position, as the team will lose the points in case of series defeat only, even in drawing the series will also give increment in the points to the visiting team. Series victory will help the team to promote in the position from seventh to fifth and three-nil series victory will help the Pakistan team to reach forth position and the host will go down to fifth position.

Weather forecast for Manchester shows mostly cloudy for the first day and partly cloudy for the remaining days. Rain could hit the match, but chances are very low, as the precipitation percentage would be 10% on the first three days, and 20% for the remaining days. The temperature would be in the 20s Celsius. The wind would be around 15 kmph throughout the match.

Teams preferred to bat first after winning the toss, which happened 71 times out of 81 matches. The selection favored the teams and the teams won 29 the times after selecting the first batting and lost just 14 times. On the other hand, the team chose to field first after winning the toss just 10 times and never won the match, with three lost and remaining draws. In the recently concluded series between West Indies and England, the visiting team won the toss twice and selected to field first cost them to lose the match on both the occasions.

Particularly, for England, the team won the toss 38 times out of 81 times. And the teams won the 17 times with the same draws. The team lost the matches only four times after winning the toss, and last time the team lost in 1993, 27 years ago.

The first batting team won the matches 32 times, whereas, the teams, who batted second, won the match only 14 times, yet.

The home side has a good record at the venue, and won 30 times out of 80 encounters and lost 15 times with 35 draws.

The home side could pick the pacers and possibly include J. Archer, as weather would be cloudy and the pitch favors seamers in previously played games. Spinners would be handy in the fourth inning as well.

The visitors would prefer to go with pacers due to the same reason, and also include one spinner.