In Indian cinema, people often fall short when they plan something to make Science Fiction movies or web series. They just focus on flickering lights and technologies; however, Shailender Vyas decided to go totally against orthodox methods. Please note, Shailender Vyas is the writer and director of the sci-fi thriller JL50.

JL50 is released on Sep 4th, 2020 via an OTT platform called Sony Liv, Story starts and ends in the eastern part of India where one plane crashes between mesmerizing valley in the West Bengal. Abhay Deol who is the lead character in this web series is CBI officer and given task get quick solution of the missing flight AO26, which was carrying 8 VIP delegates along with other passengers.

JL50 was initially recorded as a movie however it has been converted to the web series by the time. I don’t know but the director would have thought that web series words attract more audiences. Doesn’t matter, whether it is a movie or web series, I am going to rate it according to the content they serve to the audience. I am giving them 3.5 cups for their tremendous efforts on the story and the performance of Abhay Deol, Pankaj Kapur, and Ritika Anand. I give them cutting chai (1/2) extra for the excellent background music and cinematography. 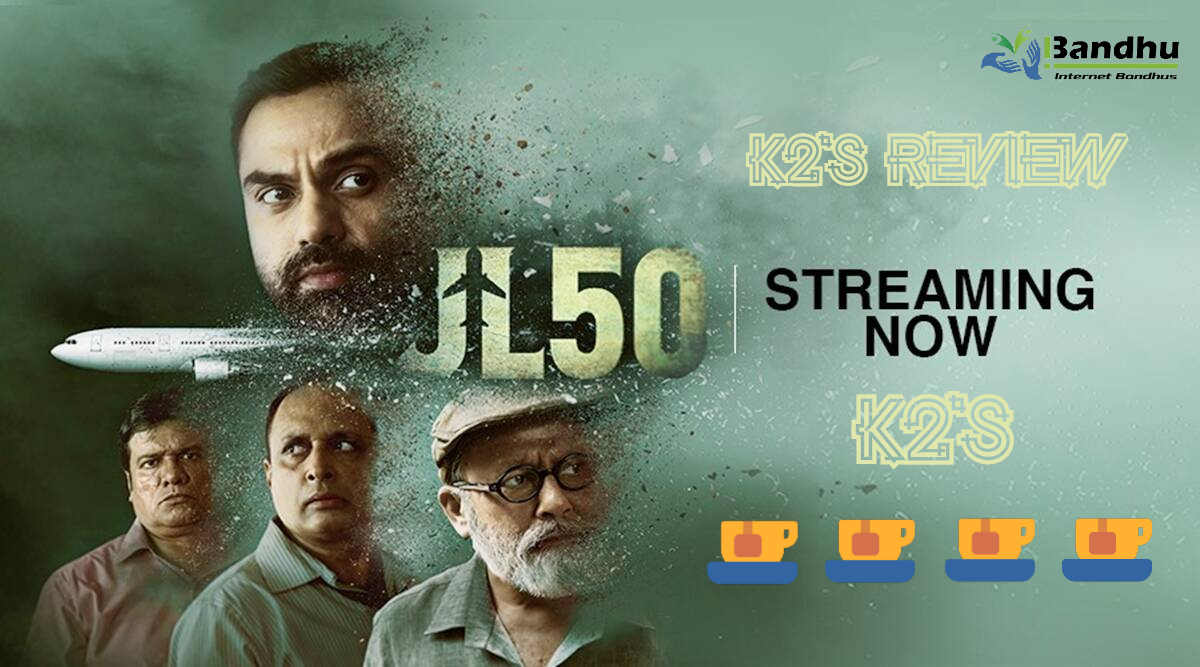 Shantanu Das (Abhay Deol) quickly reacts when he came to know about the plane crash at different routes. He found something weird when he reaches the spot of the accident, the crashed plane isn’t AO26; it is JL50. The flight JL50 was missing for the last 35 years and suddenly crashes over the hills. The story gets interesting as soon as they came to know about two survivors, a pilot and a civilian from the cockpit which got separated at the time of impact.

Director did a great job my gluing audiences with his ideas which initially looked like a thriller was suddenly appeared like a horror movie which gradually converted to science fiction just after Pankaj Kapur appears. A science-fiction plot perfectly pretending story of time travel and finally they decided to travel 35 years back to stop the hijacking of JL50.

The cinematography is quite impressive as they have shown Culcutta of 2019 as well as Kulkutta of 1984. Cinematographer Bradley Stuckel has done great work by showing different eras by paying close attention on various aspects like cars, buildings, roads, clothing, hairstyle, etc.

Overall, JL50 will not allow you to lose interest 95% of the time; however, the end will leave you a little confused. Nevertheless, every web series lover must watch this series at least once, particularly those who like thrillers. BIG PLUS, YOU CAN WATCH THIS SERIES WITH YOUR FAMILY as there is no unnecessary intimating scenes or abusive words.

I am going to review next on DisneyPlus Hotstar VIP presents Hostages Season 2.