Second meeting of the series of three T20I matches between England and Australia is going to be played at the Rose Bowl, Southampton on September 6th 2020.

The teams completed 18 meetings in the shortest format of cricket, till date. Out of them, the host won 7 times and lost 9 times with one without any result and one abandoned.

On the soil of England, the teams faced each other 8 times. Out of them, the English team won 5 times, and the Australian team won just once. In fact, the visitors won only one T20I in English soil out of their 12 encounters with nine defeats including against non english-team as well.

The series is the comparison between the second rank team (England) and first rank team (Australia) team, almost a perfect series. The host is just 4 points behind the visitors.

The result of the second match will impact the team’s points as the position, as if the result will go in favor of the host then the team will gain two points and the visitors will lose the same points with position change for both the teams. Both the teams will swap their position with each other. On the other hand, in case of a reverse result, the visitors will gain two points, and the host will lose the three points. No position change for either team.

Particularly, for England, the team won the toss just twice out of 6 times, and the teams won just once with the other one lost.

The lowest defended total was 162, in the recent encounter, at the venue. On the other hand, the highest successful chase is 143 on the ground. Interesting to see, if the target will be set in between the scores.

Both the teams faced each other at the venue just thrice. The host won twice, whereas visitors won just once.

The home side has an above average record at the venue, and won four times out of 6 encounters and lost twice. Last time, the home side couldn’t win the match in 2013, as well won the toss.

The home side could make a change and give chance to S. Curren in place of M. Wood. M. Ali could sit out and make place for J. Denly

The visitors would introduce their left hand pace all rounder in the upcoming game. 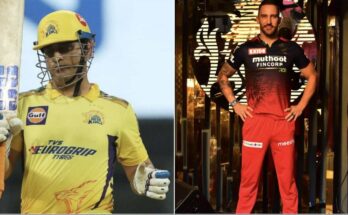